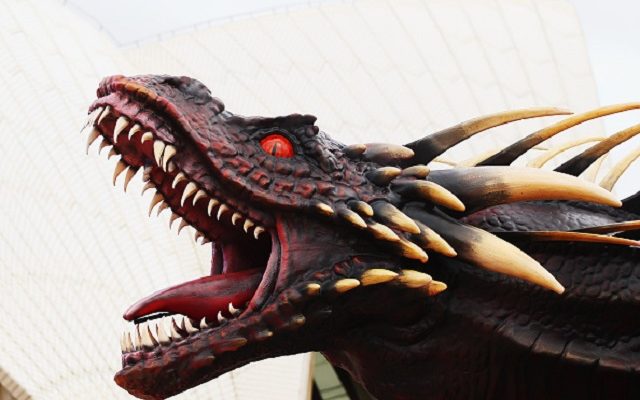 SYDNEY, AUSTRALIA - APRIL 10: A dragon statue is displayed during a photo call to launch "Game of Thrones" Season 5 at the Sydney Opera House on April 10, 2015 in Sydney, Australia. (Photo by Don Arnold/WireImage)

Winter may be coming, but so are the dragons!  On Tuesday, HBO released the first teaser trailer for the upcoming “Game of Thrones” prequel, “House of the Dragon.”  The highly anticipated series takes place 200 years before the events of the original series, following the rise and reign of the Targaryen family as rulers of Westeros.  In the short teaser, Matt Smith as Prince Daemon Targaryen narrates images of Targaryens in the throne room, jousts, and fights.  You can check it out for yourself below.  Daemon’s ominous voiceover closes out the trailer with: “Dreams didn’t make us kings; dragons did.”  The trailer doesn’t offer an official premiere date, just that it will be out in 2022.

How excited are you for “House of Dragon”?

Will it be as good (or better) than “Game of Thrones”?