Hey, we all like celebrating the New Year.  But, this guy went a little far.

A 25-year-old guy named Cody Romano from Menasha, Wisconsin got drunk on New Year’s Eve, and after midnight, he went running through the streets to celebrate.

He spotted a police car, so he ran at it at full speed and did a BELLY FLOP onto the windshield.  The glass shattered, he left a dent in the hood, and then he took off.

But the cops who were inside the car got out, chased him down, and arrested him. 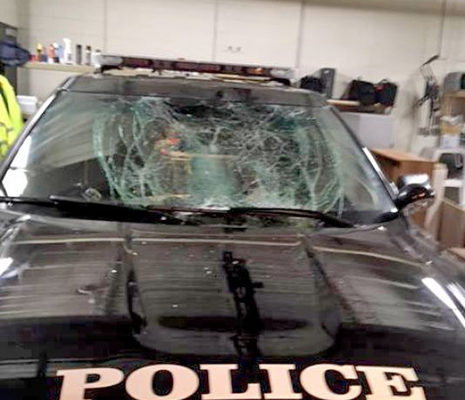