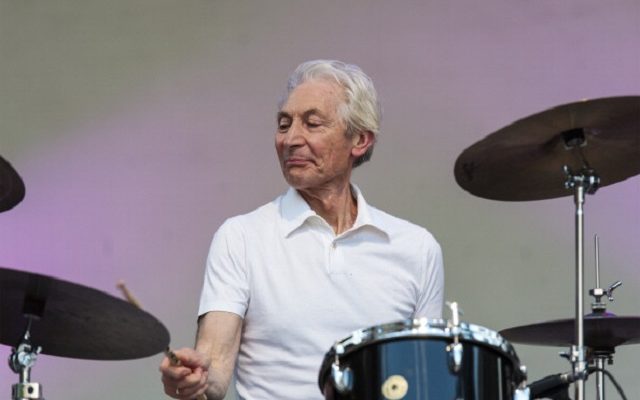 Well, this one hurts.  I hate writing these!  Charlie Watts of The Rolling Stones passed away at a London hospital earlier today.  Charlie was surrounded by his family.  He had been in poor health recently, and been forced to drop out of the Rolling Stones U.S. Tour earlier this summer. Charlie was in other bands on the side, keeping time for jazz bands and swing, big bands, etc.  He used to say that his “day job” in the Rolling Stones allowed him to pursue his passion, which was jazz.  Charlie Watts was the greatest drummer of his generation, and the coolest cat to ever swing a stick.

We all know these guys aren’t going to be around forever, and I’m very glad that I was blessed to see Charlie Watts keeping the beat behind his band, The Rolling Stones.  Our favorite rock ‘n’ roll performers are getting older.  So let this be a lesson to us all:  See your heroes while they’re still with us.  I suppose we’ll drop in a few Rolling Stones tunes this weekend on Saturday Night Solid Gold.  We just featured The Stones in late May.

More to come.  Go listen to your favorite Rolling Stones song, or album…and turn it up loud!  Charlie would want it that way.