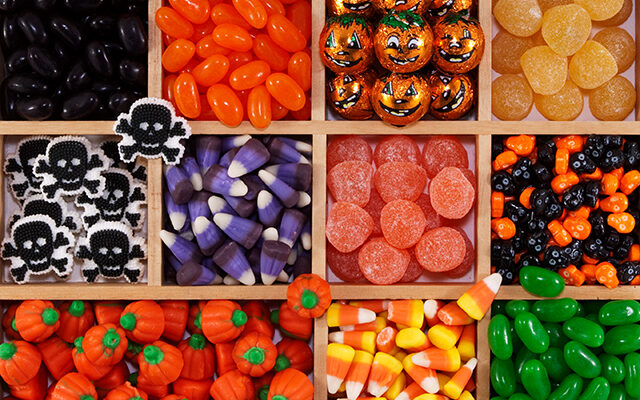 CandyStore.com is once again looking at the “most popular” Halloween candy by state.  The site used historical sales data from 15 years’ worth of Halloweens and also consulted with “major” candy manufacturers and distributors. CandyStore’s own executives said, “It’s insane that every single state is not Reese’s Cups.  That alone is shocking enough, but some of the actual favorites from each state defy rational taste bud-ology.” The results suggest that trick-or-treaters can expect to find plenty of Reese’s Cups, Skittles and M&M’s in their candy stash this year.  Some of the less-picked candy includes Sour Patch Kids, Skittles, Lemonheads, Swedish Fish, Jolly Ranchers, Tootsie Pops, Starburst, Hot Tamales, and Blow Pops.   To see a state-by-state breakdown, go to CandyStore.com.  If you’re just curious about what we love ehre in the Lone Star State, I’ll save you a search:  In Texas, the most popular candy is Starburst!  The second most popular is, of curse, Reese’s Cups.

Do you prefer chocolate candy or fruit-flavored candy for Halloween?