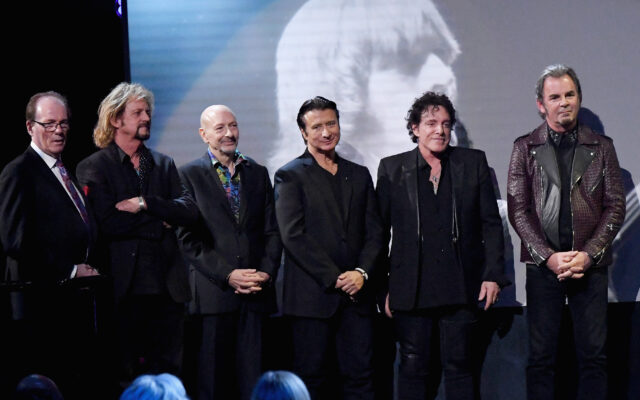 Journey has big things planned for its 50th anniversary next year – maybe even something *very* big. Guitarist Neal Schon told Entertainment Tonight that the band is planning stadium shows along with “things we can’t really talk about right now”. Asked if that could include a long-awaited reunion with Steve Perry, Schon wouldn’t rule it out: “I think if it permits… the fans would overall love it”. Recently, Schon said he and Perry had begun to repair their friendship and were “getting to know each other again”. What do you think are the chances Perry would return to Journey?