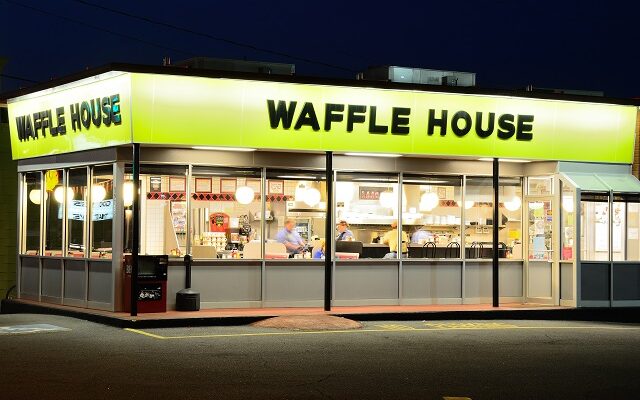 Athens, USA - June 1, 2011: Waffle House is an iconic diner in the Southern United States and is popular for both breakfast and late night dining.

A mysterious Florida man has spread goodwill among strangers by handing out more than $13,000 — in $1 and $5 increments.  Although no one knows the generous man’s identity, his story has gone viral after former Barack Obama campaign spokesman Kevin Cate ran into him at a Waffle House in Midway. Cate says he saw the man sitting a table, writing inspirational notes and attaching money to them. When Cate asked the man what he was doing, he explained he’s been handing out $1 and $5 bills to strangers at the restaurant, which he said is his favorite place to eat.  The notes attached to the bills read the same thing: “Love Everybody,” which, according to the man, where the final words of his mother before she died. “She didn’t say, ‘I love you,'” the man explained. “She said, ‘Love everybody.’ So that’s what I’m doing.” The man went on to say he’s been doing the good deed since 2014, handing out more than $13,000 since then, Cate recalls.

What’s the nicest thing a stranger has done for you?