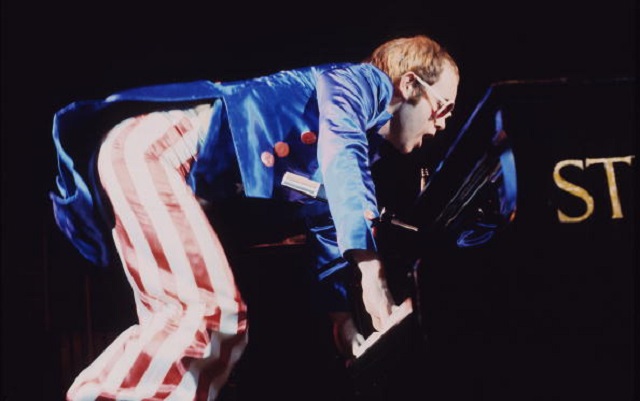 Elton John performs at a concert circa 1976. (Photo by Anwar Hussein/WireImage)

Over this past weekend, the marching bands from the University of Iowa and Ohio State University paid tribute to Sir Elton John! Elton John himself actually saw the performance and shared it on social media!   “What an incredible dedication with so much creativity!,” Elton wrote. Here are the songs the marching bands performed: “Goodbye Yellow Brick Road” “Saturday Night’s Alright for Fighting” “Don’t Go Breaking My Heart” “Crocodile Rock” “Tiny Dancer” “Rocket Man” “ I’m Still Standing” You can check out the full performance on the YouTube channel for the Ohio State University Marching Band.

What do you think of this performance?

What musician or band do you think should get a marching band tribute?