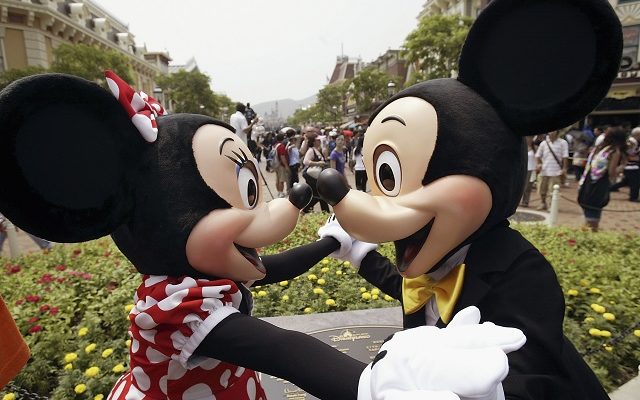 Your Favorite Movies And Where To Stream Them!

Summer days are followed by long, hot summer nights!  Can you believe it’s already August?!  We’re still social distancing and most of us are wearing masks and washing our hands, using sanitizer, staying 8 feet apart, etc.  Texas Panhandle folks are handling all this with a cheerful grace and a hopeful disposition. Through all this, I’ve seen many examples of smiles and kindness, and very little complaining and negativity. It speaks volumes as to the kind of people we are!  I wish I could hug ALL of you!

Recently, I found out that watching tried-and-true classic movies and sitcoms is an easy way to feel good! It’s like wrapping yourself up in a warm blanket of familiarity. When the world around us is unpredictable and strange, it’s nice to have some entertainment that gives something we can count on.   It is also a very pleasant distraction from The News. And from everything that’s going on ‘Out There’. So, I thought I’d share some titles and where to find them!  I’ll try to update this from time to time, and I hope you’ll share some of the things you find that make you and your crew feel some comfort.

“Children of the Sea” – Anime feature on Netflix.

“Muppet’s Most Wanted” – Isn’t it great that youngsters and adults are still enjoying The Muppets in 2020? This great family feature is on Netflix in September.  Also, 2011’s “The Muppets“.

“How To Train Your Dragon” – The fantasy family-comedy is streaming on Hulu currently!

Attention Mel Brooks Fans!  The hilarious “Star Wars” parody, “Spaceballs” is currently streaming on Netflix!  It’s so ridiculously funny, and safe for the whole family. Also, Mel’s “Robin Hood: Prince In Tights” is on Hulu right now. And if you’re the type of person that likes Spaceballs, you’ll probably like “Airplane” which is also on Netflix at the moment.

The Entire “Indiana Jones” series – Including ‘Raiders Of the Lost Ark,’ ‘Temple Of Doom,’ ‘Last Crusade’ and ‘Crystal Skull’ are all waiting for you on Netflix to share with your kids and grandkids! They’ll love you for it!

“Snoopy Come Home” and “A Boy Named Charlie Brown” – Please! Don’t let the kiddos grow up without knowing the Peanuts gang!  These great animated family classics are on Hulu currently. Make sure all the youngsters in your house are able to name Charlie Brown, Linus, Lucy and Snoopy.

“Spider-Man 3” – The classic from 2007, with Tobey Maguire as Peter Parker/Spider-Man, and James Franco as New Goblin. A great supporting cast includes Kirstin Dunst as Peter’s girl, Mary Jane Watson and JK Simmons as Peter’s grouchy, cigar-chomping boss J. Jonah Jameson. A classic for everyone in your web, currently on Hulu!

“Back To The Future” – Sure, why not watch this old favorite again!  Marty McFly and Doc Brown are like old friends, just waiting to say those lines you know and love. Parts 1, 2 and 3 are all returning to on Netflix currently, in September.

“The Patriot” – If you have students-age kids at home with nothing to do, this movie is close enough to true and might spark an interest in the American Revolution. Stars Mel Gibson and Heath Ledger, and streams on Hulu right now.

“The Green Mile” – Might be a little dark for the really young kids, but if you haven’t seen it in a while, you’ll love it all over again.  It’s waiting for you over on Hulu.

“Scrooged” – It’s not just for Christmas!  Bill Murray, Carole Kane and the whole gang are on Hulu right now. C’mon, put a little love in your heart!

“Dr. Seuss’ Horton Hears A Who” – Your favorite kids book as a brilliant animated movie, and it’s on Hulu this month.

“The Little Prince” – The book we all read as kids is now a CGI flick, and it’s so awesome!  Guaranteed smiles and warm feeling. It’s on Netflix.

“Romancing The Stone” – Yep, that fun adventure/romance from 1984 starring Kathleen Turner, Michael Douglas. and Danny Devito is back! And it’s streaming on Hulu! So is the sequel, “Jewel Of the Nile”.

“Lethal Weapon” = Am I getting to old for this?  Well, the whole series (4 moivies) is on Netflix right now!  With Danny Glover and Mel Gibson.

“The Carol Burnett Show‘ – It’s as hilarious as you remember!  Carol, Tim Conway, Vicki Lawrence, and Harvey Korman are waiting on Amazon Prime and ready to crack you up all over again!

“Risky Business” – The 80s Tom Cruise flick is on Hulu this month. If it’s been awhile since you’ve seen it, you’ll love it all over again!

“Super 8” – If you’re a fan of “Stranger Things,” you’ll love this 80s-themed adventure about a group of kids who decide to take a super-8 camera and make a movie. It’s on Amazon Prime right now!

“The Beatles: Eight Days A Week” – Directed by Beatles Superfan Ron Howard, this awesome documentary about The Beatles live touring years is streaming on Hulu.

“The Conversation” – Great non-stop action from a time when movies were movies!  With Gene Hackman at his best, and directed by Frances Ford Coppola, it’s on Amazon Prime.

“Arthur” – the original 1980 movie with Dudley Moore is streaming on HBO OnDemand!

“Saturday Night Live – 1970s Cast” – I’d forgotten how funny these are!  Great guest hosts and music guests!   Hulu has tons of ’em, and we sat and watched at least a dozen Original Cast episodes from the 70s over the weekend!

“Harold & Maude” – The Hal Ashby classic feel-good flick is so much fun to re-watch on AmazonPrime!  Bud Cort & Ruth Gordon are amazing! She says, “Go team! L-I-V-E,  LIVE!” Words of wisdom we should all remember during this strange time.

“Silver Linings Playbook” – Made me feel good a second time, and it’s streaming this month on Netflix! After the younger folks are in bed, click over and enjoy Bradley Cooper, Jennifer Lawrence and Robert De Niro having the time of their lives!

“Avenger:s Infinity War” – Currently streaming on Netflix and it’s 2-1/2 hours of Marvel fun for the family!

“Good Will Hunting” – How long has ir been since you watched the flick that introduced us to Matt Damon and Ben Affleck?  It’s time for a second look!  It’s on Hulu right now.

Well, give me another weekend stuck in the house and I’ll give you 5 more Comfort Movies to fill your days with smiles!

Hope y’all are getting along alright.  Stay healthy!
Love,
-Johnny