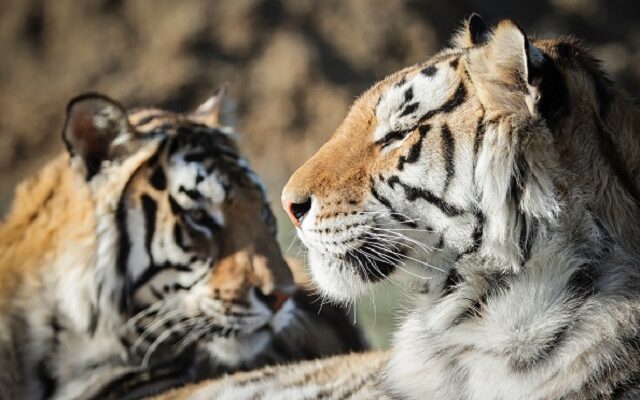 KEENESBURG, CO - APRIL 05: A pair of the 39 tigers rescued in 2017 from Joe Exotic's G.W. Exotic Animal Park relax at the Wild Animal Sanctuary on April 5, 2020 in Keenesburg, Colorado. Exotic, star of the wildly successful Netflix docu-series Tiger King, is currently in prison for a murder-for-hire plot and surrendered some of his animals to the Wild Animal Sanctuary. The Sanctuary cares for some 550 animals on two expansive reserves in Colorado. (Photo by Marc Piscotty/Getty Images)

An Oklahoma Federal Judge has set the date of January 28th for the re-sentencing of Joseph Maldonado-Passage, AKA “Joe Exotic.  The U.S. Court of Appeals determined the trial court “wrongly treated two murder-for-hire convictions separately in calculating his prison term.”  The “Tiger King,” who maintains his innocence, was sentenced back in 2020 to 22 years in prison after being convicted of trying to hire two different men in a murder-for-hire plot.  He was also sentenced for killing five tigers, selling tiger cubs, and falsifying wildlife records.

Do think Joe Exotic is innocent?

Should he receive less time?