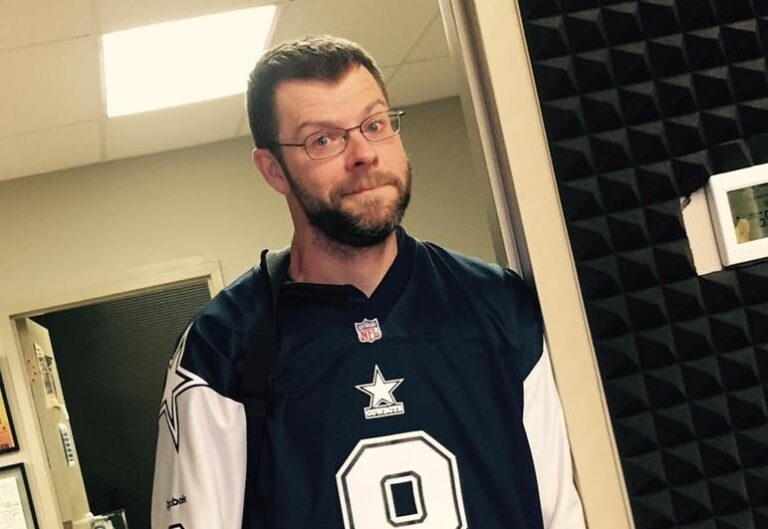 Tom Young is from the Land of Lincoln (Illinois, no ‘s’), but has been in Amarillo since 2013 and calls it home. He has always been interested in radio broadcasting, and graduated from Parkland Community College in Champaign, IL with an Associates in Mass Communications. All he thought about was sports when it came to the business. As a sports fanatic, he always wanted to be a play-by-play guy for baseball, basketball, football, whatever. Little did he know that he’d enjoy more about the radio industry than he thought possible!

Tom got his first job at WDWS/WHMS radio in Champaign, IL in 2005, and did a little bit of everything. Five years of overnight shifts later, he had enough. It was time for a change. With is now wife by his side, they decided to make the big move together to Amarillo, TX, looking for a fresh start.
Tom as able to get on at what is now Alpha Media in February of 2013, and spend a bulk of that time as the Production Director. You may remember him as a member of the old Eagle Morning Show.

Tom decided to step away from radio for a year, but came back to Alpha in July of 2022. You can now hear him weekday evenings from 7 to 11 on 100.9 The Eagle!
When Tom isn’t on air, he’s at home with his wife Rachael and dog Abby. You’ll probably find him in the man cave watching sports and playing video games. He loves his Illinois sports teams (Cubs, Bears, Bulls, Fighting Illini), and isn’t afraid to show it! He loves to stay active too, so you’ll probably see him at the gym most morning before coming to the office. And during warm weather months, you’ll find him at HODGETOWN, trying to eat as many hot dogs as possible during Weiner Wednesday.