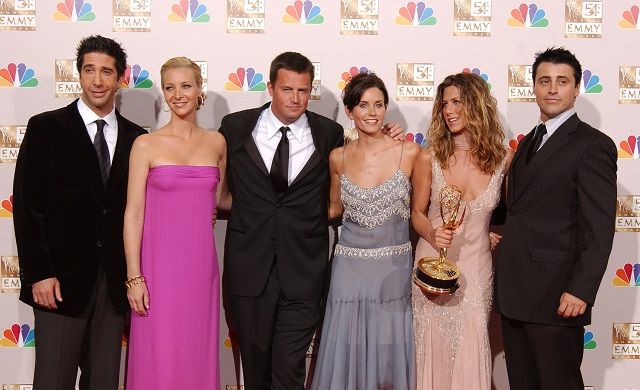 The Cast of ‘Friends’ Is Definitely Reuniting!

It’s been a rumor for years.  Almost since the final episode aired. And now?  It’s official:  The cast of Friends will be getting back together for a special project for HBO/Max.

The project is expected to pay-off big. Each of the six cast members will reportedly earn $2.5 million for their participation.  So far, there is no title, and the special shoe may remain ad-libbed and unscripted (think “Curb Your Enthusiasm).

Netflix recently lost the rights to air reruns of the show’s 10 seasons. This new reunion special, as well as all 236 episodes of “Friends,” will be available upon the HBO Max streaming service’s debut. This will no doubt be a high-profile part of HBO Max’s appeal as it tries to attract subscribers. The field of Streaming Platforms is growing more and more crowded!