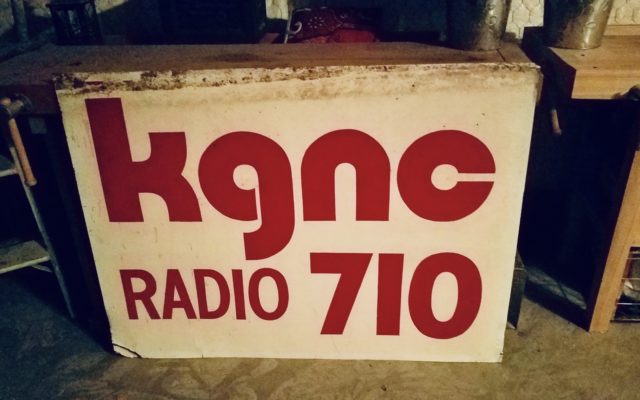 KGNC-AM  is one of the oldest radio stations in the country. KGNC  was the result of a merger of two station…WDAG and KGRS.  This happened in 1935.  At the time of the merger it was owned and operated by the Amarillo Globe-News, and it was owned by the same company as the Globe-News until recent years.

Call it kismet, fate, destiny that one of the first discoveries in our remodel was the discovery of  an old metal KGNC sign.  It had been buried away in a back office, an no one seemed to know that it was even there.  Since it’s discovery, it has gone home with one of our wonderful employees that has been at the station for several decades.  A great new home indeed for such a cherished prize.

Have you had unusual discoveries during a renovation?? Share them with us, we’d love to hear about them!