Woman Who Killed John Belushi Has Died – Here’s the Story 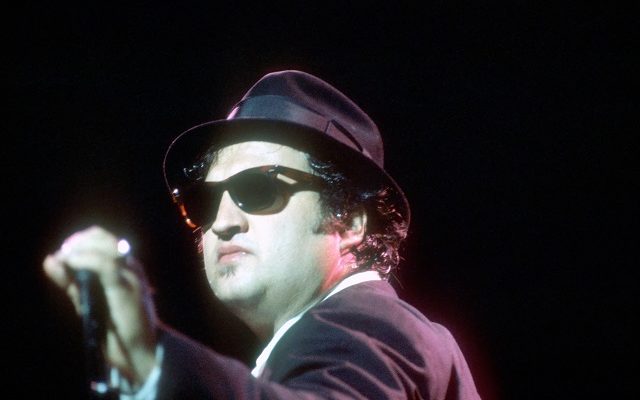 ‘Sundown’ and the Story of the Woman Who Murdered John Belushi

Cathy Smith died last week. And, depending on how you look at it, she’s the woman who is responsible for John Belushi’s death.  But there’s quite a bit more to the story.  Here’s what I know.

I spent a big chunk of the 90s traveling with a band.  Musicians pass the time on long trips by playing cards, swapping songs, and telling stories.  One of the stories I used to hear on The Bus was pretty intriguing to me, so I did some digging (once the internet made it easy).  The story was about a Canadian guitar player named Bruce Cockburn (pron. ‘COE-burn’).  It seems Bruce was buddies with another Canadian singer-songwriter named Gordon Lightfoot. You’ve probably heard of Mr. Lightfoot.  “Wreck of the Edmund Fitzgerald,” “If You Could Read My Mind” and “Carefree Highway” are songs you may remember. But it’s Gordon’s 1974 folk-rock hit, “Sundown” that figures into the Road Story I share with you now.

I had heard that, like many musicians, Bruce Cockburn was fond of the vampire lifestyle. He would sleep during the day and get out of bed at sunset.  Bruce’s friends started calling him Sundown.

At the time, Gordon Lightfoot was living with a woman named Cathy Smith. And he was suspicious that, while he was travelling to shows, Cathy was sneaking around with Bruce “Sundown” Cockburn.  Hence the line from the song,

“Sundown, you better take care,
If I find you’ve been creeping ’round my back stairs”

Cathy Smith was NOT the kind of girl you want your mom to meet. Well, at least Lightfoot got a hit song out of it.

Story goes on to say that Cathy Smith made the rounds of Canadian musicians in the 1970s, winding up with some of the guys in The Band.  Robbie Robertson, Richard Manuel, and Garth Hudson were all from various parts of Canada, eh.  This is how * I * heard it. Some sources claim Cathy Smith traveled to New York with Lightfoot.  I heard that she first showed up on the Saturday Night Live set courtesy of The Band (which seems more likely to me).

Backstage at SNL, Smith meets John Belushi (and later, Keith Richards and Ronnie Wood of The Rolling Stones).  She took to procuring Certain Substances for her new famous friends.  Anything she could do to remain in the orbit of celebrities, Cathy Smith would gladly do.

So at this point, Smith becomes Belushi’s go-to gal when it comes to Certain Substances. This is also about the time that John Belushi’s star takes off. He stars in “Animal House,” “Blues Brothers,” and other huge box office explosions.  He likes the Party Lifestyle, and people around him have no problem with his new (ahem) “hobbies”.

Fast forward to February, 1982.  John Belushi’s closest friends had begun avoiding him. He looked baaad, and behaved worse.  Penny Marshall says if you walked down the street with John, people would just hand him drugs.  Reputations are sometimes tough things to shake.  They can be like shadows – dark, and always with you.  Belushi had taken to living at the Chateau Marmont in Hollywood. The Chateau Marmont is sleazy, seedy, Gothic hotel that looks out onto Sunset Strip.  Friends say he was spending $2,500 a week on Certain Substances. And Cathy Smith was always there. Always ready to hop in a car and return with whatever John wanted.

You know how this ends.  On the afternoon of March 4th, 1982, John and Cathy met actor Robert De Niro at a bar called On The Rox. The party continued at Belushi’s Bungalow #3 at Chateau Marmont. De Niro dropped in with comedian Robin Williams, and they (along with a few other party pirates) hung out for most of the evening.  Both De Niro and Williams would later say that the scene got dark and weird. So everyone left. Everyone except Smith and Belushi.

Apparently, Smith had injected John Belushi with a lethal mixture of heroin and cocaine the previous night, and John had died in his sleep. Court testimony reveals that Smith heard Belushi breathing raggedly and attempted to roll him over. “Just don’t leave me alone,” John allegedly said.  Probably his last words.

Cathy Smith, in need of money, granted an interview to The National Inquirer.  In that interview, she admitted to injecting Belushi with the fatal overdose.  She was found guilty after accepting a plea bargain, being charged with 13 counts of administering the drugs that killed John Belushi. Involuntary Manslaughter (and a few assorted drug charges).

Smith didn’t have a great life after that. Released from prison in 1988, she moved back to Toronto where she worked as a legal secretary.  She was arrested again in Vancouver in 1991 with 2 grams of heroin in her purse. In 1998, she appeared in the “E! True Hollywood Story” of John Belushi’s death.

Anyway…that’s the way I heard it.