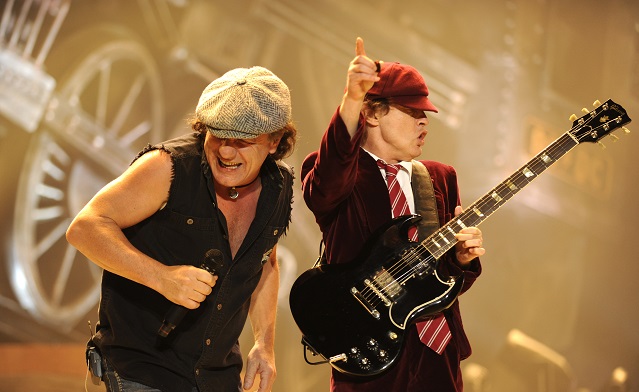 Angus Young, Brian Johnson And AC/DC Are Back In Black!

It’s Official – AC/DC Is Back With Classic Lineup It’s official – AC/DC is back with a classic lineup. The band’s comeback has been rumored for months, but they made it official on Wednesday, with a revamped website and a band photo including Angus Young, Brian Johnson, Cliff Williams, Phil Rudd, and Stevie Young. The band also seems to have revealed the title of their upcoming album- PWR/UP.  It will reportedly include tracks recorded by late guitarist Malcolm Young before his death in 2017.

What do you think AC/DC has planned for their comeback? Will we get a post-pandemic tour, or will it be just an album?