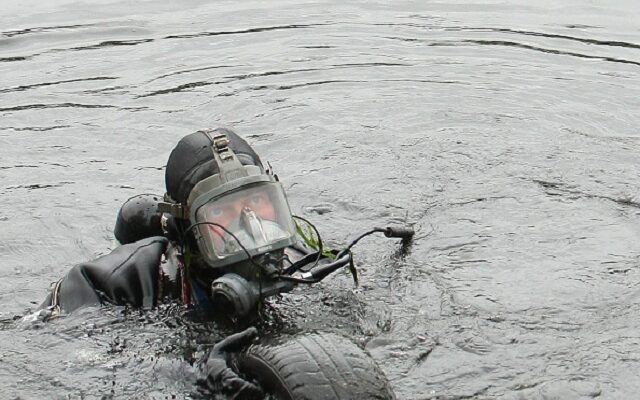 A police diver retrieves a tyre as members of Scotland Yard's underwater search team investigate a lake at Bedfont Lakes Country Park, near Heathrow, in the hope of finding a car detectives believe was used to carry the body of murdered Milly Dowler. (Photo by Dominic Lipinski/PA Images via Getty Images)

Divers Find 13 Vehicles in Texas Lake While Searching for Man!

This is like something from a fugitive movie! Divers were helping the local Sheriff’s Department search for the remains of a missing man in Bosque County, Texas. Instead, they made a different kind of eye-opening discovery. Thirteen sunken vehicles! The popular fishing spot of Lake Whitney (about halfway between Fort Worth and Waco) was searched for three days. Authorities didn’t release many details about the vehicles found, but confirmed a couple of them were at least “30 to 40 years or older.” The remains of the man officials were originally searching for – as part of a cold case from 2009 – were not found.

Any possible theories you have on how 13 vehicles landed in the lake?