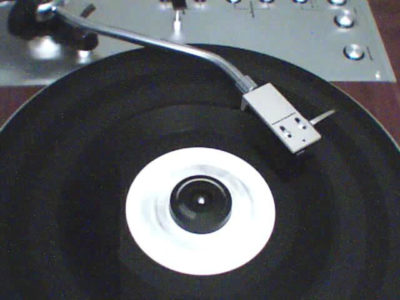 Beatles, Stones, Pink Floyd and More – These Are The Most Valuable Records!

Some fans are avid collectors.  Others of us are casual music fans. But almost ALL of us own at least ONE ALBUM, thanks to the recent “Vinyl Revival”.  My personal vinyl inventory had dwindled down to about 50, and is now back up to several hundred! If you own 1 album or 100,000, you could be sitting on a goldmine and not even be aware of it. Especially if your collection contains records by some of the 20th century’s greats (Beatles, Elvis, Stones, etc.)  So you might want to pay attention!

Most of you know that The Beatles were originally named “The Quarrymen.  But I’m pretty sure you don’t own The Quarrymen’s recording of ‘That’ll Be The Day’ and ‘In Spite Of All The Danger’. There’s only one copy in the world, and Paul McCartney owns. it.  It’s worth about $350,000.

Speaking of Beatles, a special Christmas Sleeve was printed for the “Sgt. Pepper‘s” album during the 1967 Holiday Season.  If you have one, it’s worth about $123,000.  Not bad.  The original pressings of “The White Album” were numbered (right there on the actual album) and numbers between 1-100 are VERY valuable!  About $18,000!

The Rolling Stones released the songs “Street Fighting Man” and “No Expectations” as a single.  The original cover had a picture of “a scene of civil unrest”.  Those copies are hard to find, and if you DO lay your hands on one, it’s worth about  $14,000.

“God Save the Queen” by The Sex Pistols was withdrawn from sale and thought to be destroyed. However, some copies are out there!  If you find one, it’s worth about $17,500.

Something you might not give a second glance can also be worth big bucks!  Like the Olivia Newton-John picture disc for “Xanadu“. It was yanked from stores after Olivia decided she didn’t like her picture.  So if you DID run across one, it’s worth a cool $6,100.

Please… CHECK THESE OUT!!  Lots of potential trading, swapping and shopping!

There are literally DOZENS more! Click here for a list of bargain-bin and garage sale finds that could get you THOUSANDS of dollars! Let me know what you find. And happy hunting!