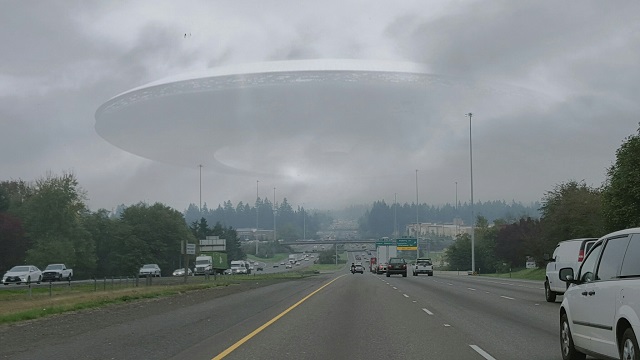 Experts who have viewed the leaked footage which appears to show UFOs hovering over a U.S. warship in 2019 have described it as “shocking”.  Now, the Pentagon has confirmed the video is real. The 18-second clip shows three pyramid-shaped objects hovering about 700 feet above the U.S.S. Russell off the San Diego coast.

The sighting was one of three similar incidents that occurred over a four-month span.

“I can confirm that the referenced photos and videos were taken by Navy personnel,” says Department of Defense spokesperson Susan Gough. “The Unidentified Aerial Phenomena Task Force has included these incidents in their ongoing examinations.”

The majority of the photos and video footage was taken by Navy personnel.

Do you think UFOs exist?

Do you think the world is ready for intelligent life from other planets?

Where do you think they come from?